Morocco, a North African country bordering the Atlantic Ocean and Mediterranean Sea, is distinguished by its Berber, Arabian and European cultural influences. Marrakesh’s medina, a mazelike medieval quarter, offers entertainment in its Djemaa el-Fna square and souks (marketplaces) selling ceramics, jewelry and metal lanterns. The capital Rabat’s Kasbah of the Udayas is a 12th-century royal fort overlooking the water.

Things to see in Morocco, Casablanca is home to Hassan II Mosque, an Islamic landmark with a 210m minaret, and the city of Fes is notable for its medina, Fes el Bali. Elsewhere in Morocco, historic sites include earthen-walled Aït Benhaddou (a fortified trading post) and the Roman site Volubilis, which has ruins of a basilica and triumphal arch.

Visitors can take camel rides across the Saharan dunes of Erg Chebbi and Erg Chigaga, or go hiking and skiing in the central Atlas Mountains. Beach destinations include the resorts of Essaouira, a windsurfer favourite, and Agadir, known for its crescent-shaped bay. 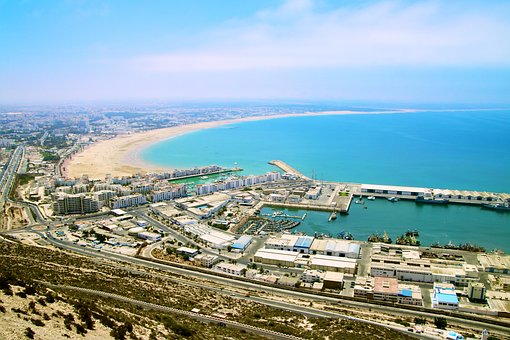 With a coastline that stretches from the Mediterranean to the Sahara, Morocco is blessed with numerous beaches – whether you’re a sun seeker, surfer or nature buff, there is a place for you.

Along Morocco’s Atlantic coast lie a string of seaside towns and cities, great places to stay when you want to enjoy a beach holiday. Some places, such as Taghazout and Mazagan are great for surfers, and Essaouira is a popular kite-surf resort. Agadir is a tourist hotspot: people are drawn from all over the world to enjoy its excellent sandy beaches. Further south is Plage-Blanche, an isolated beach in the middle of an ecological park, ideal for getting away from everything and spotting some Moroccan wildlife.

Stock Up On Spices 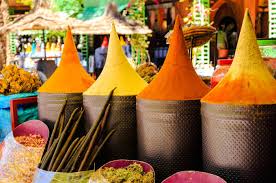 The best spices to buy in Morocco are the spices that you will use – don't purchase things just because it sounds appealing if you aren't likely to use it. Some of my favorite spices include; cumin, cinnamon, paprika, and white pepper.

There is no restriction on bringing dried spices back to the U.S., as long as your haul doesn't include any citrus, citrus leaves or seeds. To enjoy your spices at their peak, make sure to use them within six months.

Travel To Morocco, The Land of Spices, Upon a visit to any souk, you will notice stall after stall of the most brilliantly colored bins of spices. Spices are the defining point to any authentic Moroccan meal and are also known to be used for their medicinal value. If you have ever wondered what makes Moroccan food taste so delightful, rest assured that it is a set group of specific spices. Although some of Morocco’s spices are imported from the East, most are indigenous to Morocco.

Jamaâ El Fna is a destination for all magic, and tells its storytellers, dancers, water sellers and snake charmers, the history of Morocco from yesterday and today while subduing its visitors by Its charm which begins in the morning and finds its height only in the evening. The medieval Moroccan chronicles written between the 11th and the 14th centuries refer to a Rahba al-Ksar, an esplanade of the palace situated in the middle of the olive, religious monument, the minaret of the Koutoubia close to the square. In the area of the outoubia.

Public punishments had been imposed publicly since the 12th century. The palace in question and certainly the Ksar al-Hajar built at the end of the 11th century by the Almoravids and whose ruins remain at the foot of the Koutoubia 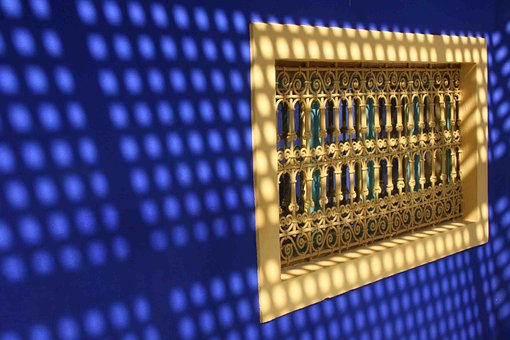 Morocco, an ancient North African nation preserving a colorful history that spans over 1,000 years, is also one of the world’s most popular tourist destinations, having received approximately 5.1 million visitors in the first half of 2018.

The kingdom is famous for its host of magnificent buildings, steeped in a fine blend of Andalusian, Berber-Arab and French influences; and Marrakesh, it’s fourth-largest city, is no exception, from its stunning Menara Airport (which has been dubbed the most beautiful in the world), to its many traditionally-built hotels, museums, and other attractions.

Although now in ruins, it is still easy to imagine how impressive the former palace would have been in the past. Built to be one of the finest palaces of its time, the now-bare walls of Badi Palace were once adorned with decadent ornamentation.