Visitors flock from all over Europe to visit the Canary Islands for their balmy weather, stunning beaches and volcanic landscapes 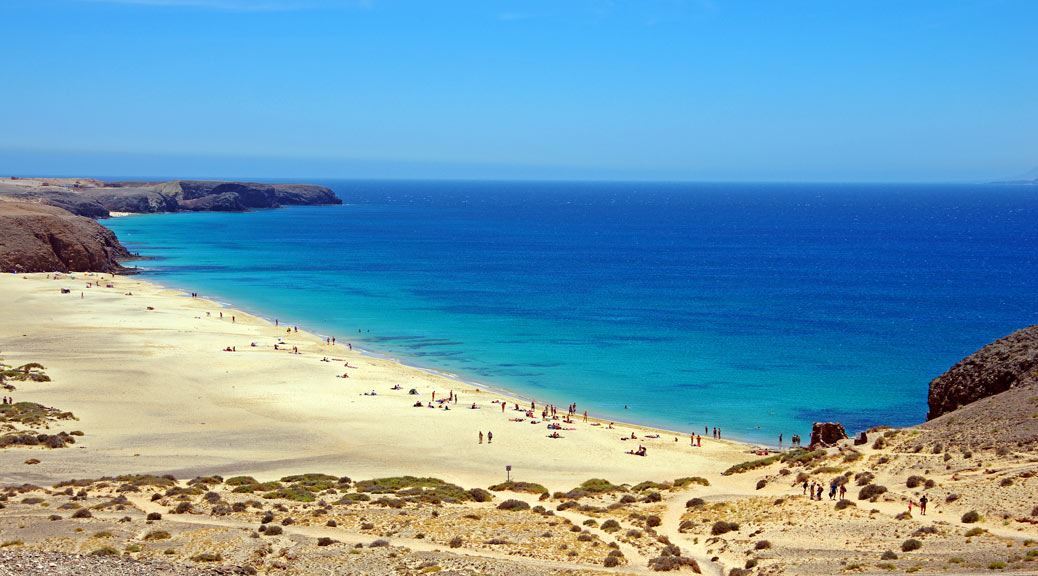 When it comes to beaches Canaries has a lot to offer. You will find here fine, light-coloured sandy beaches, fascinating black volcanic sand, as well as wild stony beaches. In theory you could discover a different beach each day! However, we were not only very impressed with the beaches of Lanzarote, but also with the leisure activities on offer. Whether you want to do some sunbathing, or roar into action with water-sports activities such as surfing, you will find something for you here in Lanzarote. Best of all is that the beaches are not overcrowded even in the main season, which means that you will always find a quiet spot here.

Playa de las Conchas. On the small island of La Graciosa, you will find a collection of small coves known as Playas de las Conchas. One of these is La Graciosa beachthe place for acquiring an all-over tan rather than a spot of swimming but is one of thebest nudist beaches in Lanzarote. Just look at those waves. 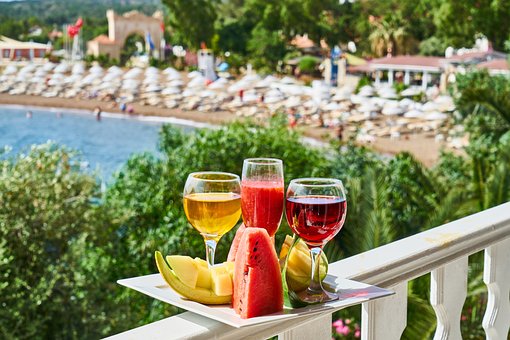 Canarian cuisine refers to the typical dishes and ingredients in the cuisine of the Canary Islands, and it constitutes an important element in the culture of its inhabitants. Its main features are its freshness, variety, simplicity, and the richness of its ingredients (which may be a result of the long geographical isolation the islands suffered), the mix of seafood and meat dishes, its cultural influences and the low knowledge of it by the rest of the world. Canarian cuisine is influenced by other cultures, specially the aboriginal inhabitants of the islands (Guanches) and Latin American cuisine (specially after the 20th-century Canarian migration to Latin America). Some African influences still prevail as well.

Many small dishes are presented in the Canary Islands as appetizers, or snacks (tapas), which are known locally as enyesques.

Mojo (pronounced mO-ho) is a sauce served with many dishes, which is made mainly of oil, garlic, vinegar, salt, red pepper, thyme, cumin, coriander and several other spices. The two main kinds of mojo are rojo (red, often served with meat) and verde (green, often served with fish), though both can be served with potatoes. Spicy red mojo is called mojo picón. This recipe is the base of the mojos of Latin America, especially Cuba, Puerto Rico, and Venezuela, due to heavy Canarian emigration, and have also influenced the cuisines of the non-Hispanic Caribbean islands. 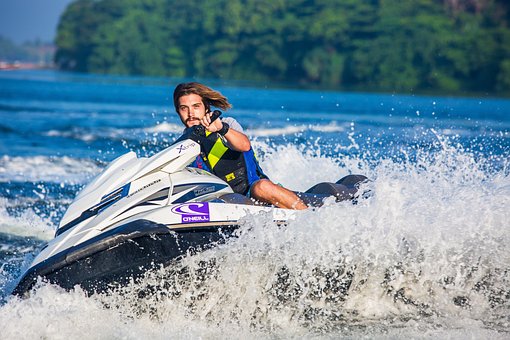 Created by Victor & Suse, water sports enthusiast back in 2007, Watersports Fuerteventura is dedicated to provide you with the best windsurfing, surfing, kitesurfing lessons and Jet Ski excursions in the island.

They are a team of international & experienced instructors in different sports who can conduct the lessons in German, Spanish, Italian, French and English.

Together they have the most amazing good vibes, the best quality of equipment and the best teaching methods. Not only will you learn the sport of your dream, but you will also learn their philosophy of life.

They constantly participated in cleaning campaigns with Clean Ocean Project, Surfrider Foundation, in addition to the internal workings of separation of waste by category, cleaning of beaches nearby, and garbage found in the sea. 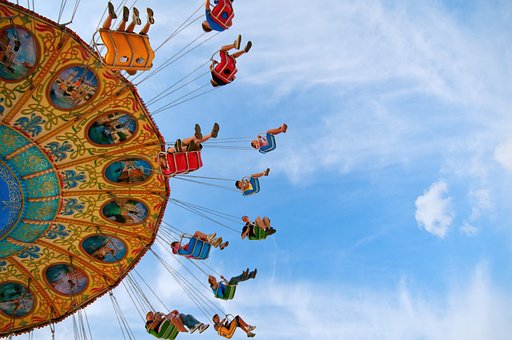 It is considered the second most popular and internationally known carnival, after the one held in Rio de Janeiro (Brazil). Partially for this reason, the city of Santa Cruz de Tenerife is twinned with the city of Rio de Janeiro.

In 1980, it was declared a Tourist Festival of International Interest by the Secretary of State for Tourism. The Carnival of Santa Cruz de Tenerife aspires to become a World Heritage Site, as a declaration of its status as a World Heritage Site by UNESCO would promote the festival internationally. In 1987, singer Celia Cruz went to the Carnival Chicharrero with Billo's Caracas Boys; attended by 250,000 people, the concert was registered in the Guinness Book of Records as the largest gathering of people in an outdoor plaza to attend a concert. In 2019 for its part, more than 400,000 people danced to the rhythm of Juan Luis Guerra during the Carnival of the day thus surpassing the record reached in 1987 with Celia Cruz. Although, however, due to the unexpected mass response there was no notary officializing this figure for the Guinness Book.