Antalya is a Turkish resort city with a yacht-filled Old Harbor and beaches flanked by large hotels. It's a gateway to Turkey's southern Mediterranean region, known as the Turquoise Coast for its blue waters.

Holidays to Antalya can be found on the coast known as the Turkish Riviera. Antalya holidays offer secluded coves, ancient cities and harbours, seaside towns and excellent holiday resorts. Holidays in Antalya provide a great base for exploring the small towns nearby as well as the famous Roman ruins including Perge and the mountain-top remains of Termessos.

Antalya holidays boast excellent beaches. Antalya’s main beach is a popular choice and provides a choice of watersports. Either side of Antalya there are other beautiful and less crowded beaches to explore. There are shops galore available when on holiday in Antalya from small, traditional Turkish shops to large, modern shopping centres in and around Antalya’s Old Town.

The S Apart And Suites Hotel 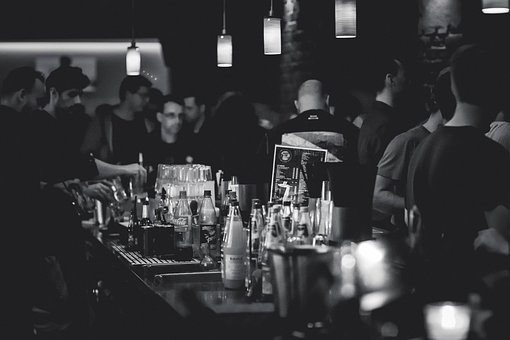 Among the many reasons one can think of for visiting Antalya – and regular visitors know them thoroughly – the overwhelmingly sparkling nightlife of this resort is one of the basic incentives for planning a trip to Antalya. The numerous activities one can indulge in at night are enabled by the plethora of bars, discos, clubs and pubs scattered throughout the resort, including on the beaches.

Antalya’s nightlife is quite the spectacle, from mega discos filled to the brim and vibrating with loud music to the more low-key pubs and bars. Check out some of the best places to party until the sun comes up in the Turkish summer town.

A great place to mingle with the locals, this small bar is probably one of the most laid-back bars in Antalya. In the summer, the tables outside are always full as people enjoy their drinks and converse for hours right on the street. Don’t be surprised to come across live music and people getting up to dance marking another memorable Antalya night. 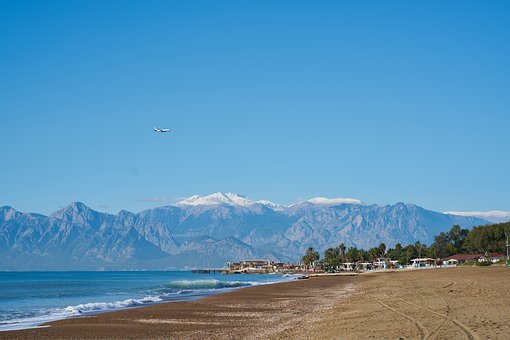 Set in Antalya city, Turkey, the Lara district is home to many five to seven star hotels, many of which are set in the Kundu area. Replicas of well-known places worldwide most of the hotels here bring Lara its name and fame as the "Turkish Vegas". Its famous Lara Beach is one of the longest brownish beaches in Turkey.

Just east of Antalya's rocky face, almost touching the Lower Duden Waterfall, there is Lara Beach, a stripe of land which pulls out to the Gulf of Antalya. All through the past years, tourists have learned that vacationing in Lara Beach always means keeping promises of trendy beaches, natural splendors and classy accommodation, and so, it wouldn't be wrong of you to expect the superlative of Turkey's Riviera.

An all inclusive holiday to Lara Beach enables tourists to experience the thrill and adventure of night life: if you're busy sunbathing or chasing shops during the day, than, at night time you should make certain to explore the neighbouring centres or the so popular local bars and restaurants, away from the roasting heat of the scorching sun. The Lara Halk Beach would be a good place to start with since it provides tourists with all sorts of beach facilities, and so, they can either rent one of the many beach chairs and bright umbrellas, or lie down on their towel to sunbathe. 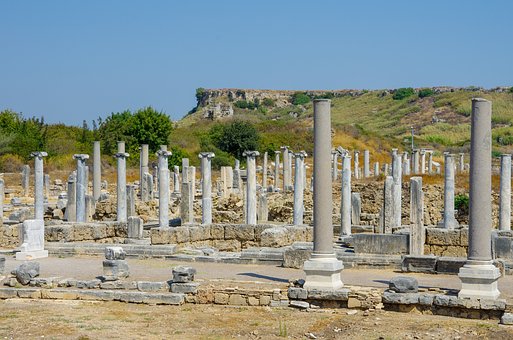 Before Antalya became one of Turkey’s top summer resort towns, it was the ancient city of Attalia, founded during the Hellenistic period, later becoming part of the Roman Empire. As such, Antalya’s old town is one of its most important sights harking back to its rich past.

Kaleiçi is the historic city center of Antalya, Turkey. Until modern times, almost the entire city was confined within its walls. It has structures dating from the Roman, Byzantine, Seljuk, Ottoman and modern Turkish republican eras. Most of it however, dates to the late 18th and 19th centuries.

Once you’re on Uzun Car?? Sokak, make sure to see the beautiful Tekeli Mehmet Pa?a Cami, built in the 18th century and one of the city’s most important Ottoman mosques. If you wander toward the top along Hesapc? Sokak, you’ll inevitably come upon the neighborhood’s grand ruin, Hadrian’s Gate, built in AD 130 to commemorate the visit of Roman Emperor Hadrian. Make sure to pay attention (and shoot some photos) of the gate’s beautifully ornate floral motif friezes and cornices. A little further down on Hesapc? Sokak, you’ll find the ruins of the Kesik Minare Cami (Broken Minaret Mosque), a former Roman temple built in the second century AD that later became a Byzantine church and then a mosque in the 13th century.

Marvel at the Duden Waterfalls 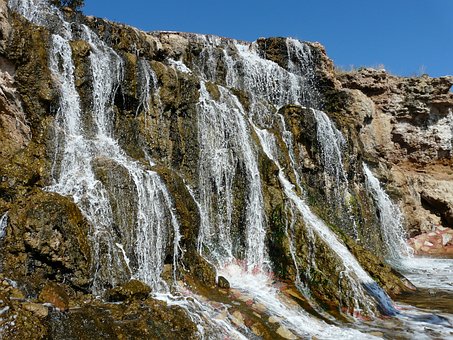 The walk to the Duden Waterfalls - hearing the noise of the water getting louder and louder as you make your way through the greenery of the park with the ocean breeze on your face - is enchanting. When you eventually arrive, you may need a few seconds to simply stand in awe at the sight before your eyes.

Travel by boat, and a number of small waterfalls along the way can be enjoyed, but the Lower Duden Falls which drop off a rocky cliff into the Mediterranean (seen here) is the most beautiful attraction, at 15m high. The site offers stunning views over the city and the sea. Surrounded by the natural beauty of crystal blue waters, deep caves and an abundance of nature, the Duden Waterfalls are a refreshing experience and a must-see on a charter vacation visiting Antalya, Turkey.