Agadir, a city along Morocco’s southern Atlantic coast, in the foothills of the Anti-Atlas Mountains, is the capital of Agadir-Ida Ou Tanane province. A resort destination, it's known for its golf courses, wide crescent beach and seaside promenade lined with cafes, restaurants and bars. Agadir's hilltop kasbah was destroyed in a 1960 earthquake, but its original old wall remains standing.

With a busy port and beach resort sprawling beneath its kasbah, Agadir was completely rebuilt following a devastating earthquake in 1960. It is now the country’s premier destination for sun, sand, pubs and pizza.

As the country’s main coastal resort, the city boasts 300 days of sunshine a year and bustles with activity. Cafes and restaurants open onto the waterfront, introducing you to the local cuisine and offering their specialities for the informed judgment of your taste buds! 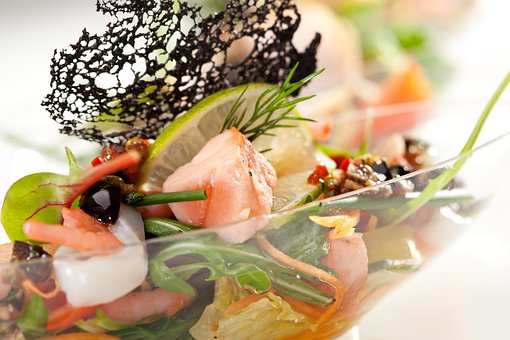 For food and drink, Sawma Supermarket, 1 Rue Hôtel de Ville, just off Boulevard Hassan II near Rue de la Foire, has a good selection, and Uniprix also sells the cheapest booze, along with general provisions, hidden away at the back behind the clothes and tourist tat. The biggest supermarket is Marjane, just out of town on the Inezgane road. The Souk el Had and the market in Talborjt are good for fresh produce.

The honey shop at 129 Rue Marrakech, by the junction with Avenue Mouqaouama, sells various kinds of honey, and olive and argan oil. In Talborjt, Fromital at 6 Rue Fal Ould Omair (daily 8am–6pm; w fromital.com) purveys its own excellent, locally produced cheeses (also available at big supermarkets elsewhere in the country). 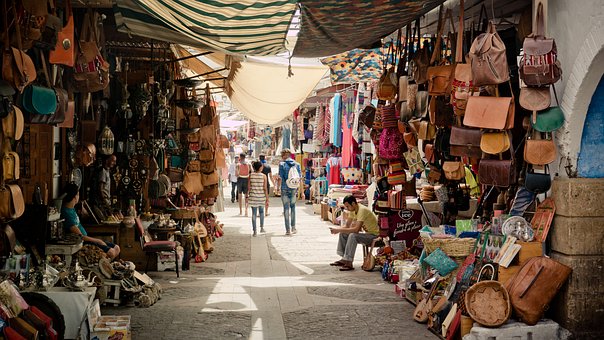 Prices for crafts and souvenirs in Agadir are generally high. Good first stops are Adrar, 30 Av Prince Moulay Abdallah (daily 8am–8pm), which has fixed, marked prices, although some of its “Moroccan” souvenirs actually come from India, and Uniprix, at the corner of Boulevard Hassan II and Avenue Prince Sidi Mohammed (daily 8.15am–1pm & 2.15–8.15pm), which sell goods at fixed prices, as does the chaotic Ensemble Artisanal (Mon–Fri 9am–7pm, though individual shops may open later, close for lunch or shut earlier) on Avenue du 29 Février, just north of Place Lahcen Tamri. There are stalls selling crafts in the Souk el Had.

Agadir’s most impressive market is the Souk el Had, in a massive walled enclosure on Rue Chair al Hamra (Tues–Sun 8am–6pm), selling fruit, vegetables, household goods and clothes, with a few tourist stalls thrown in. Sunday is the big day, when it spreads out over the neighbouring streets, as people come from all over the region to buy and sell their wares. 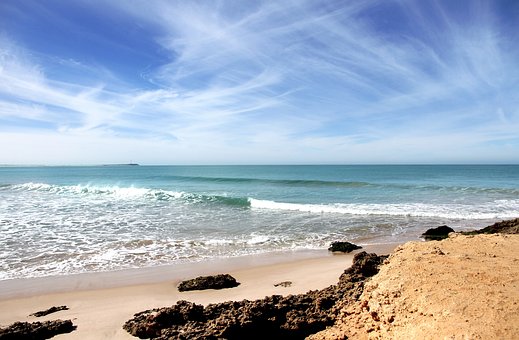 With a coastline that stretches from the Mediterranean to the Sahara, Morocco is blessed with numerous beaches – whether you’re a sun seeker, surfer or nature buff, there is a place for you.

Along Morocco’s Atlantic coast lie a string of seaside towns and cities, great places to stay when you want to enjoy a beach holiday. Some places, such as Taghazout and Mazagan are great for surfers, and Essaouira is a popular kite-surf resort. Agadir is a tourist hotspot: people are drawn from all over the world to enjoy its excellent sandy beaches. Further south is Plage-Blanche, an isolated beach in the middle of an ecological park, ideal for getting away from everything and spotting some Moroccan wildlife. 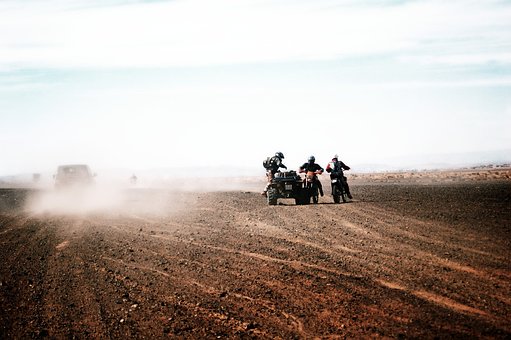 Your adventure will begin with hotel pick-up, followed by driving South of Agadir to the Berber village, to meet your guide. After a brief introduction on the off-road buggy techniques, and a practical advice session and handing over glasses and helmets, you will be ready to jump on your buggy and start your adventure.

We start by driving across the Berber villages and farmlands, as well as driving through argan and fig forests. You may even have a chance to meet nomadic while driving through the sunny sand dunes.

This half day activity will ensure you receive the most possible fun on 4 wheels machine.? Buggy Tour in Agadir and quad Bike  in Agadir are organized at the same place, and possibility of having a quad and a buggy for the same group is available.